Zagreb is the capital city of the Republic of Croatia and its cultural, scientific, economic, political and administrative centre. It is located in the north – west side of the country on the southern slopes of the Medvednica Mountain along the River Sava. Zagreb is also a popular city – break destination, Zagreb can offer its visitors numerous theatres, museums, galleries, art collections, sport centres, picturesque open – air markets, diverse shopping, an abundant selection of crafts and choice of traditional cuisine. Zagreb us a city of green parks and walks, avenue of trees and flowers, botanical gardens and with many more places to visit in the beautiful surroundings 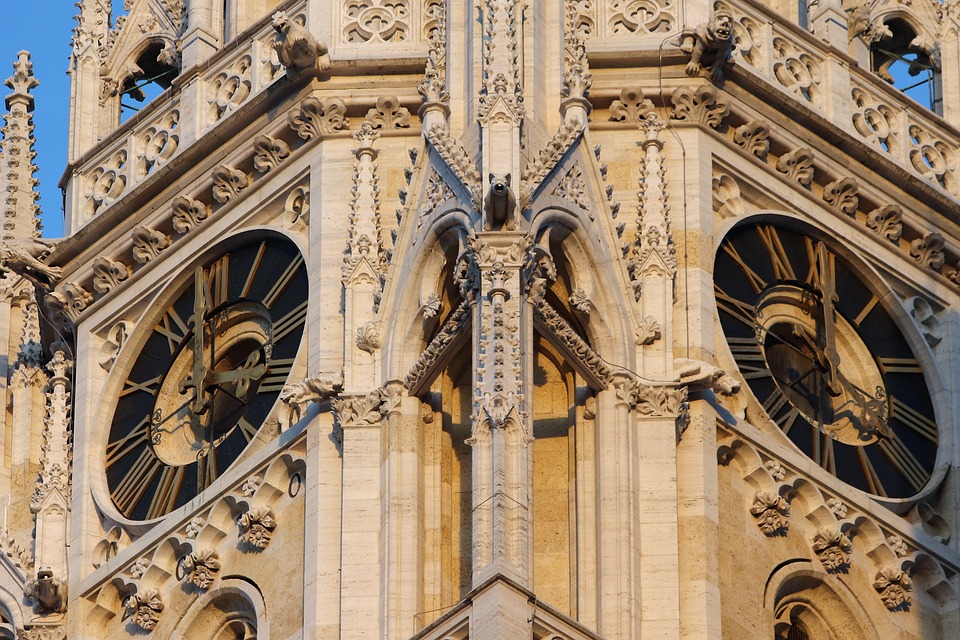 Why vacation in Opatija? Opatija is the leading tourist destination in the Republic of Croatia for vacation and for the orgaization of conventions. Along with festivals, concerts, exhibits, wellness and other cultural and sports events Opatija offers attractions worth visiting during the whole year. The experts have declared Opatija as the first climatic seaside resort on the Adriatic, and you will feel it’s magical allure, at the first steps throught it’s streets, walking along the 12 km long Promenade, enjoying the beautiful parks and arhitecture. be sure to pay attention to the numerous statues and fountains, and then stop at one of the famous Opatija’s caffes and restaurants that eternally young, the old lady of the compelling past offers. Enjoy Opatija’s villas, hotels and resorts-feel the magic of the sea, the climate and elegance that makes the holidays in Opatija unique. 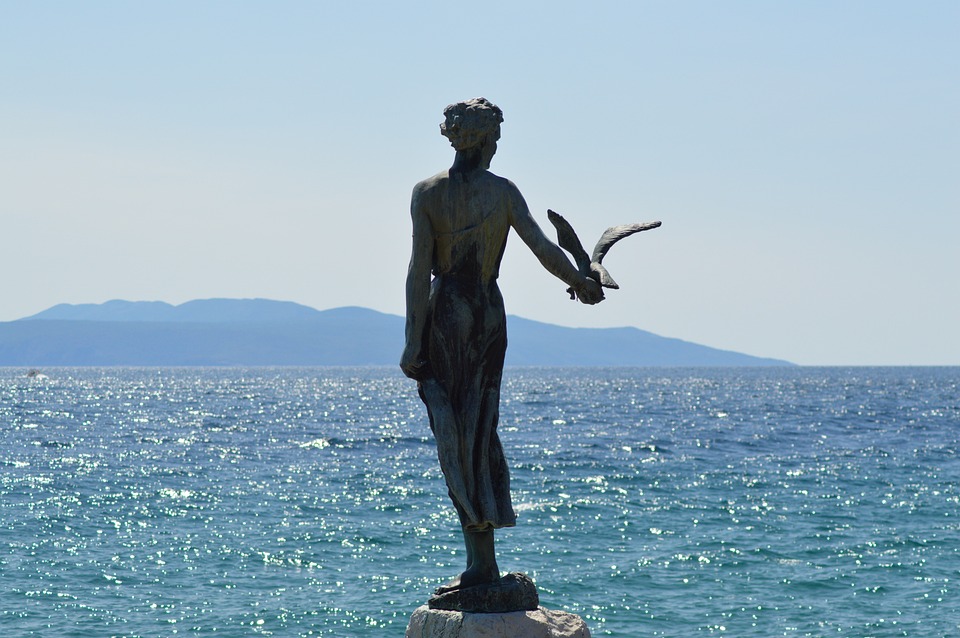 For all that would like their vacation to be as a dream come true, to relax, to be accommodated in a sophisticated villa house with private swimming pool, or in exclusive hotel, for all that would like to enjoy in most colorful sunsets, to drink the fresh orange juce and spoil themselves with wellness and massage treatment, we recommend you to visit one of the most beautiful cities on the coast, Dubrovnik! Dubrovnik is situated in the area of southern Dalmatia and it is the centre of Dubrovnik- Neretva Region with population of 42,615 inhabitants. The city is the world famous tourist destination visited by many celebrities every year. dubrovnik is on UNESCO World heritage List since 1979. It was the maritime and mercantile centre of the Adriatic, alongside with Venice ad Ancona in the 14th and 15th century. Medieval walls around the city are almost 2km long and one of the best preserved in the world and have been a popular filming site for the HBO television series, Game of thrones. Inside the walls, the whole city is a living monument on each corner. Dubrovnik surroundings ith islands offer numerous adventures for an active holiday. 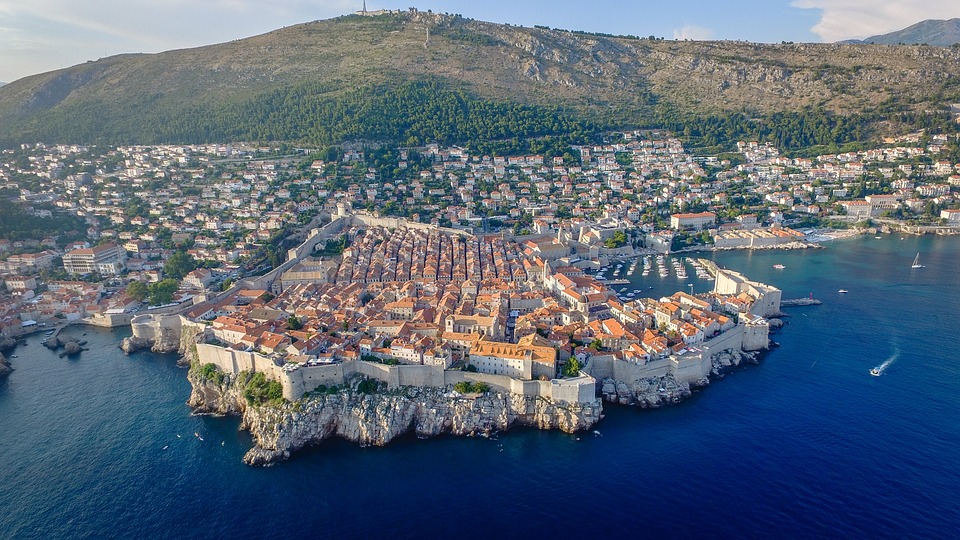 When you want a worry- free vacation where the most critical decision you’ ll make is whether to have a coffee or mojito poolside, choose an all-inclusive opinion. Choose Hvar! Hvar is an island in the Adriatic Sea situated between the islands of Brač, Vis and Korčula. The Mediterranean nature, rich historical heritage and culture, atmosphere and adventure make Hvar one of the most popular destinations among tourist and domestic visitors. The main tourist centre is Hvar Town, with a port packed with luxury yachts during the season and parties in the clubs all night long that attract young visitors from all over the world. The Island of Hvar is very famous winemarking zone with many vineyards on the southern side of the island. Pakleni otoci (Hell Islands) is an archipelago that consists of several small islands covered with pine trees including nudist-swinning areas, great restaurants and a nautical marina in Palmižana. All of the islands can be accessed by organised regular boat connection from port of Hvar. So choose your easy escape, and conntact us for all the detailed information. 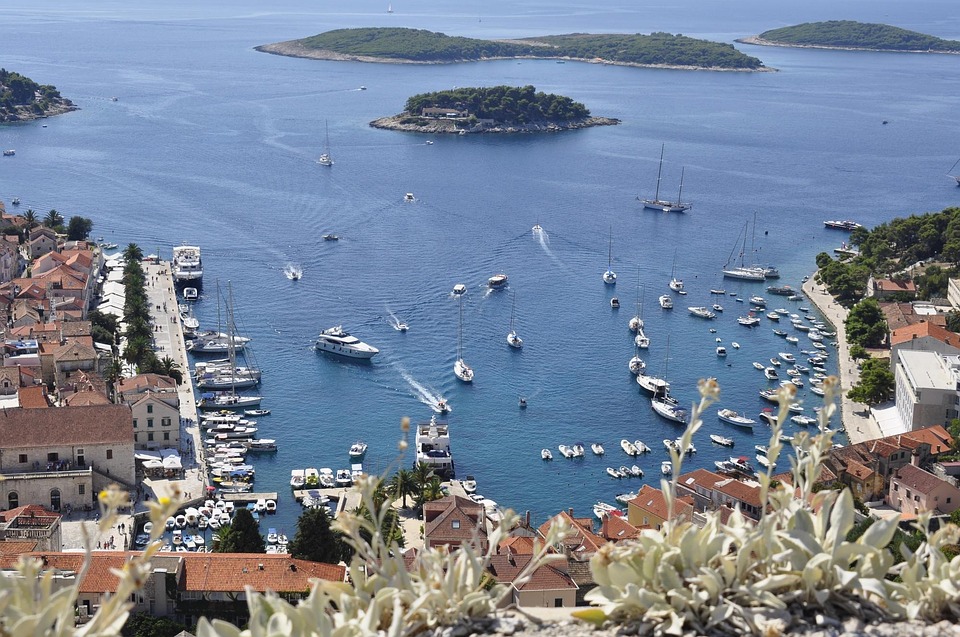 Pula is located in the south-western part of the Istian peninsula. It is the largest city and administrative centre of the Istian Region with population of 90 000. The most attractive monuments are the Amphitheatre, one of he six largest Roman arenas in the world, the Arch of the Sergii and the Temple of the Rome and Augustus from the 1st century. The Pula Aquarium is the biggest one in Croatia situated in the fortress Verudela. The city has a long tradition of tourism, shipbuilding, fishing and winemaking. 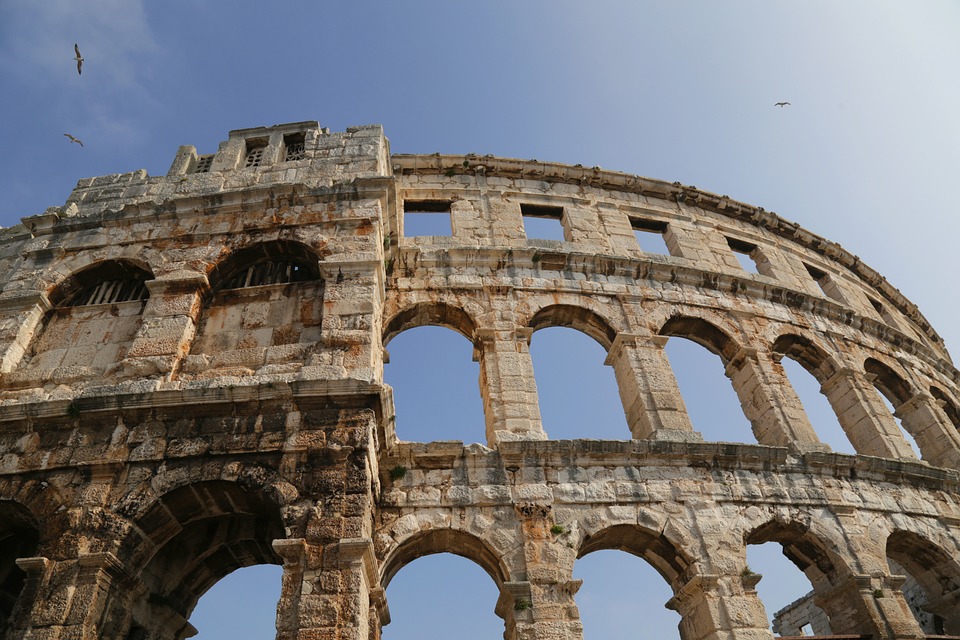 Rovinj is situated on the western coast of the Istrian peninsula. It is a fishing port and one of the most popular tourist resorts. The old town is built on the island, which was only connected with the mainland in the 18th century. Known as one of the most picturesque and romantic towns on Mediterranean, over the last few decades Rovinj attracts a large number of tourists, most of them faithfully returning year after year. Rovinj area is of outstanding natural beauty, with magical coastline with Alpine pine trees including the arhipelago of 19 islands. There are numerous restaurants with great local food and fine shops throughout the small streets where you can buy nice hand made souvenirs.Romantic sunset in Rovinj is definitely not to be missed 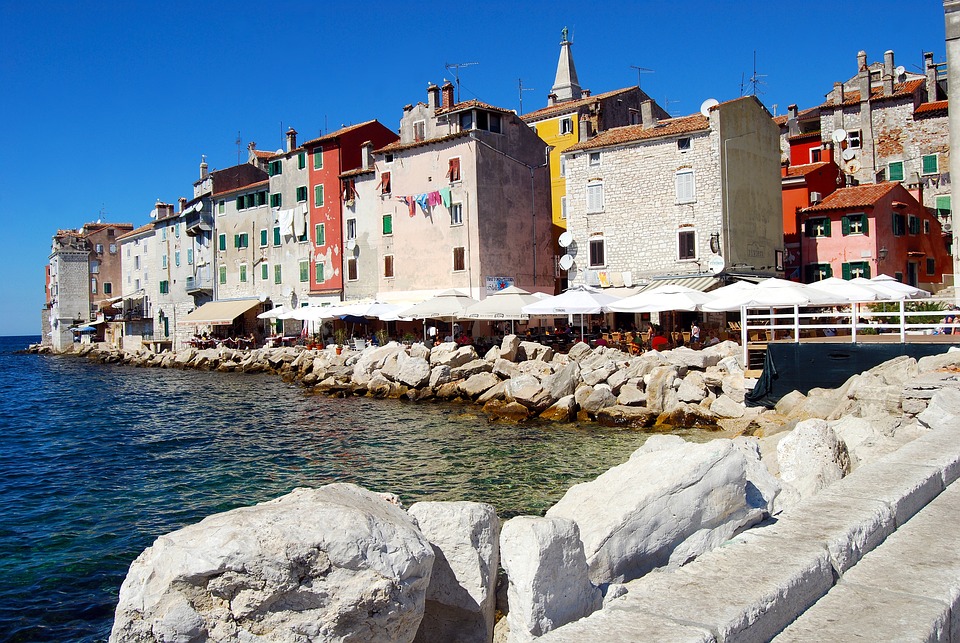